In 2011, together with Andy Young, we described Conophytum buysianum ssp.politum in "Bradleya", the BCSS yearbook. In December 2012 I described a new species in the BCSS journal as Conophytum youngii. We discovered this together in 2011 and it gave me great pleasure to name it for my friend and current travelling companion, Prof. Andy Young.

Yet another new species we found in the Richtersveld in 2009, we described as Conophytum smaleorum in the September 2013 issue of the BCSS journal, for our good friend, the late Terry Smale. Our latest descriptions (2015) are Conophytum crateriforme and Conophytum confusum, both in BCSS Bradleya.

My passion for succulents began in the 1970's and quickly progressed from general interest, to the specialization of conophytum, crassula and adromischus that I have today.

As well as co-authoring the Adromischus Handbook, I’ve contributed to many other books and journals. I wrote "Cono Corner" in every issue for the first 10 years of the Mesemb Study Group Bulletin and still publish occasional articles there. I’ve written on conophytum & adromischus in NCSS/BCSS journals, Aloe and The Cactus File amongst others.

Photography has long been another interest and I’ve had pictures published in many books, including Steven Hammer's The Genus Conophytum. I am a contributing author (Conophytums & Commerce) in Steven's second Conophytum book, New Views of the Genus Conophytum, and also have photos in there.

Most of the seed I produce is donated to the Mesemb Study Group and is offered on their annual list. See http://www.mesemb.org/

I do not sell seeds, plants or books.

This website would not exist without the assistance of Peter Arthurs. I must also thank the friends who have allowed their images to be published here, where they have seen plants that I have not. Their photos are credited where appropriate. I am also well aware of the sensitivity of publishing locality data in this new age of poaching wild plants, therefore I have tried to use a general locality for the specialist to appreciate, without specific detail which may assist the bad guys to find these plants. 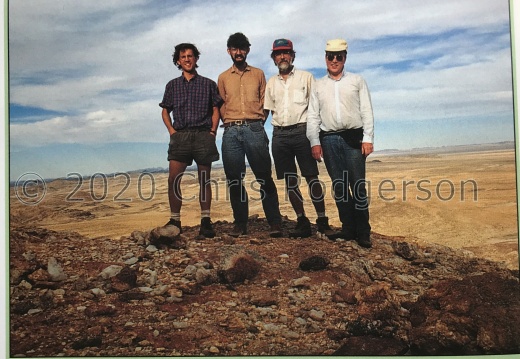 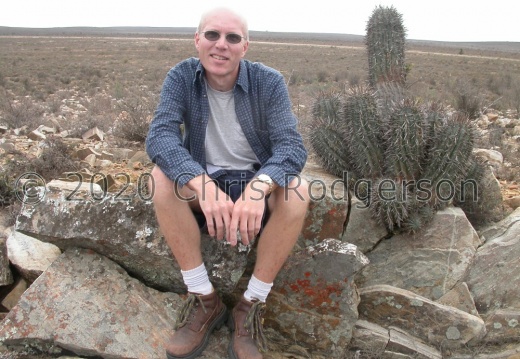 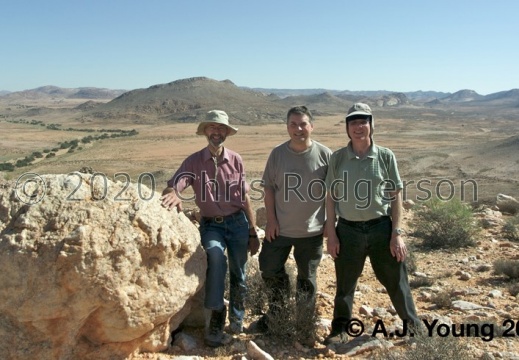 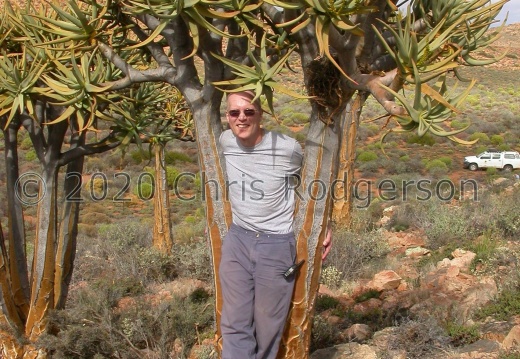 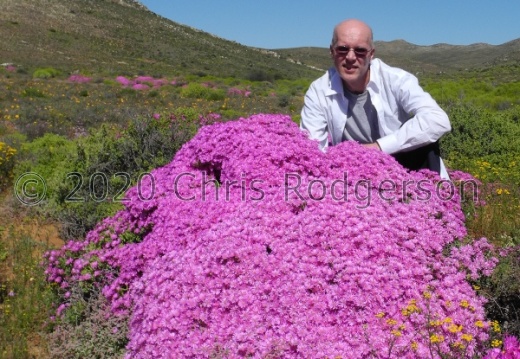 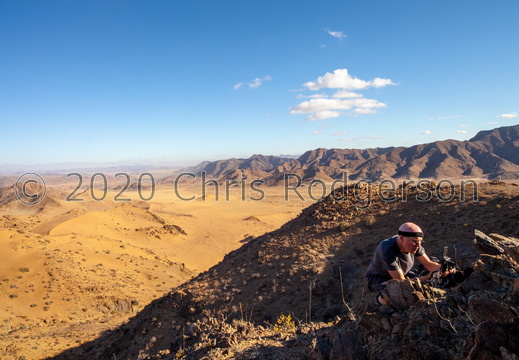 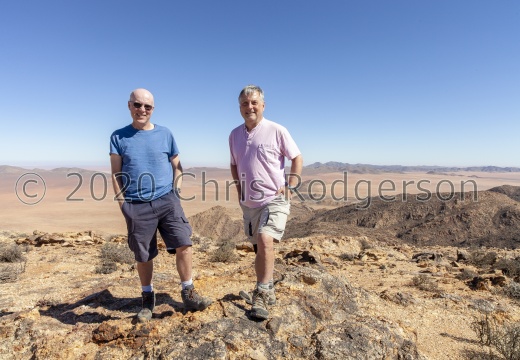 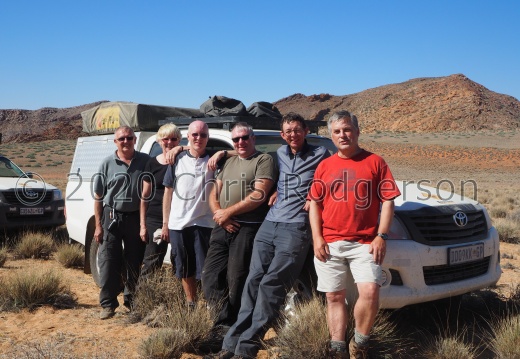 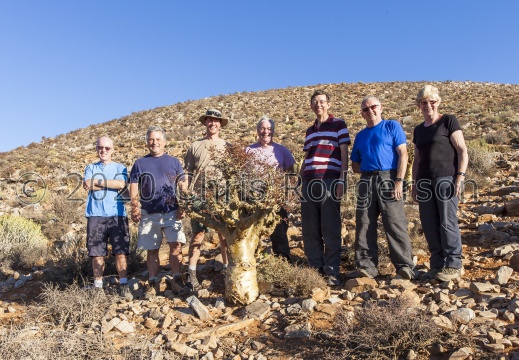 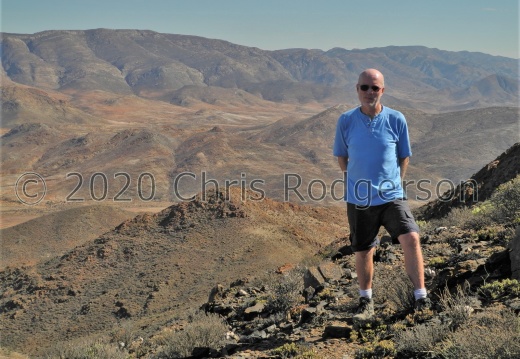 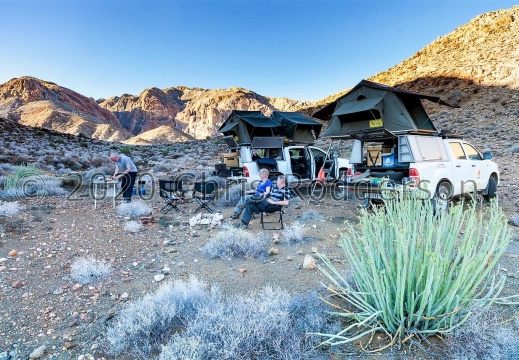 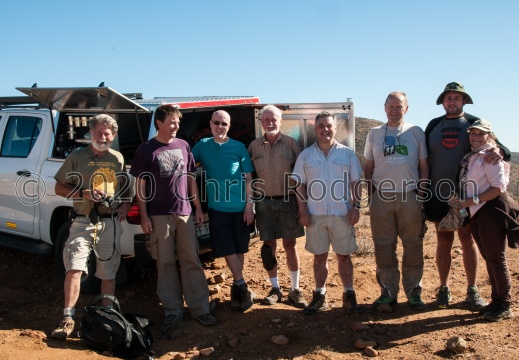 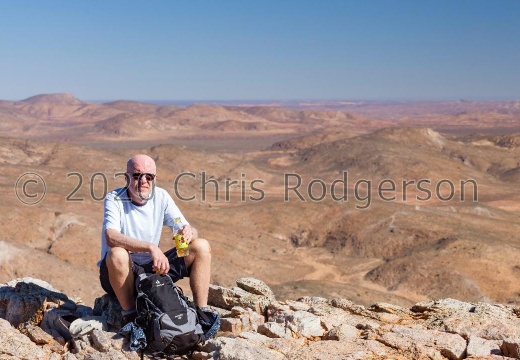 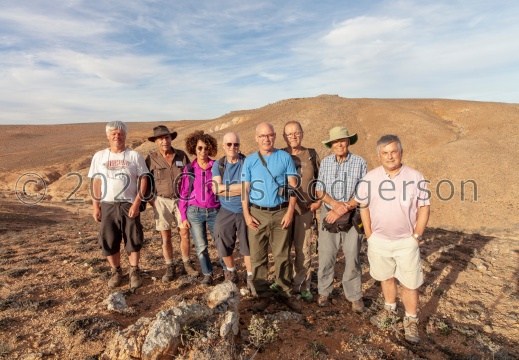 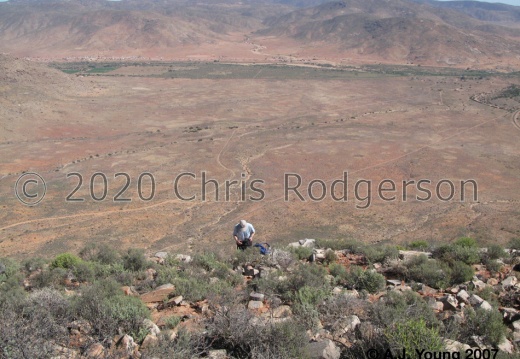 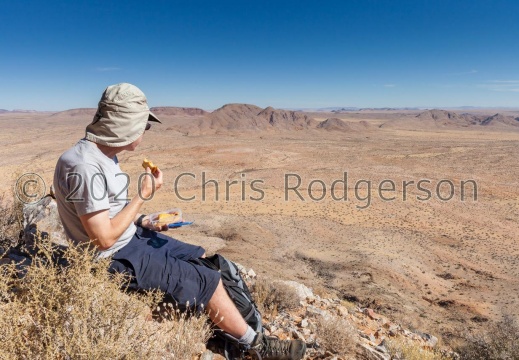 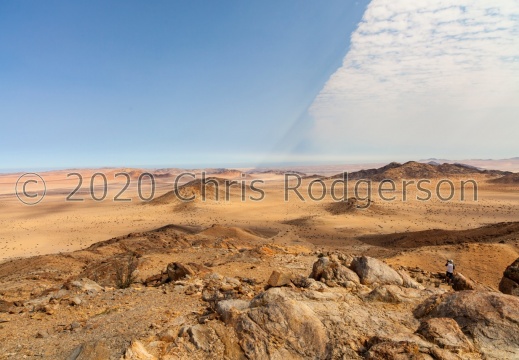 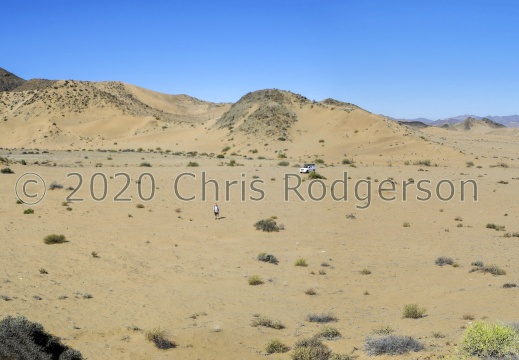 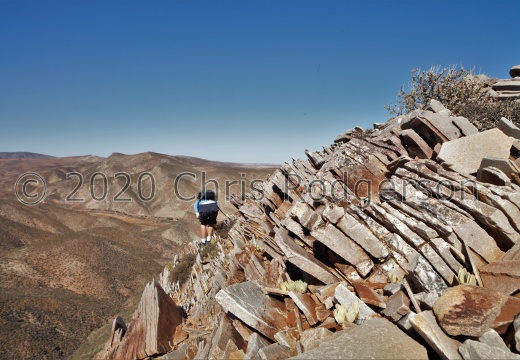 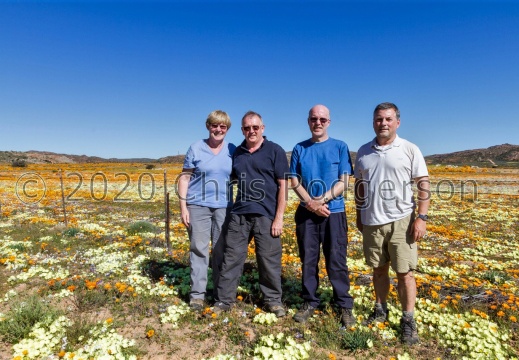 with Alice & Alan in the Kamiesberg 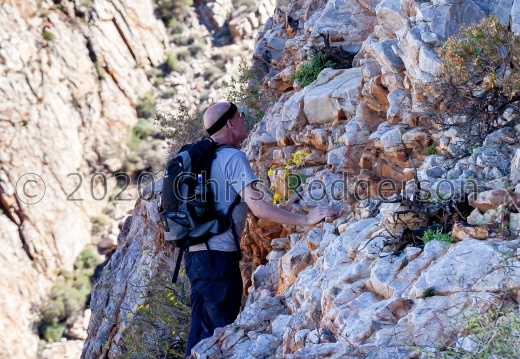 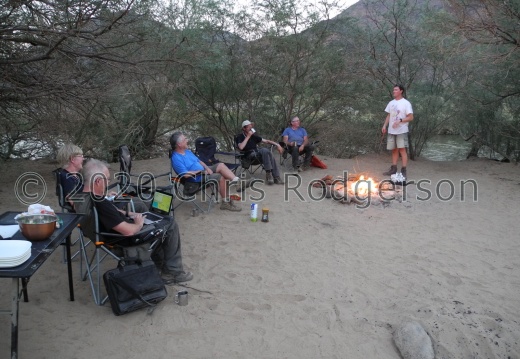 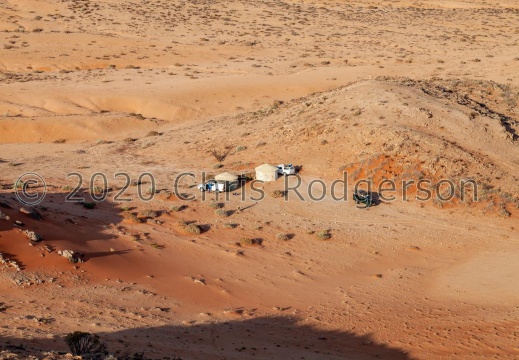 Late afternoon in the Sperrgebiet 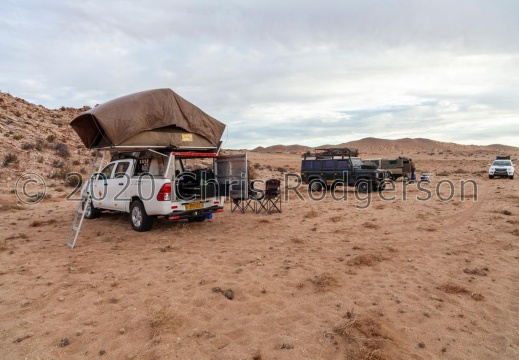 Setting up camp in the Sperrgebiet 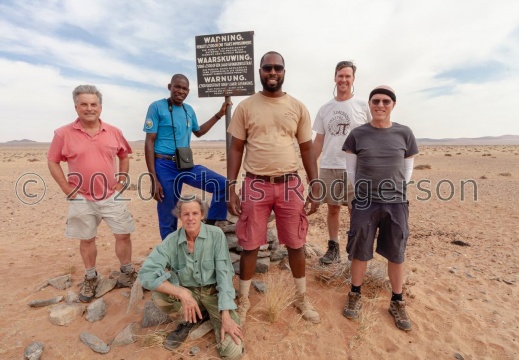 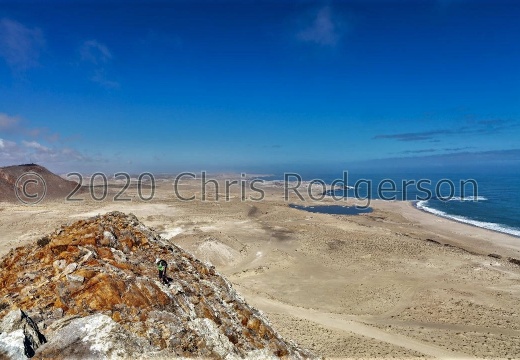 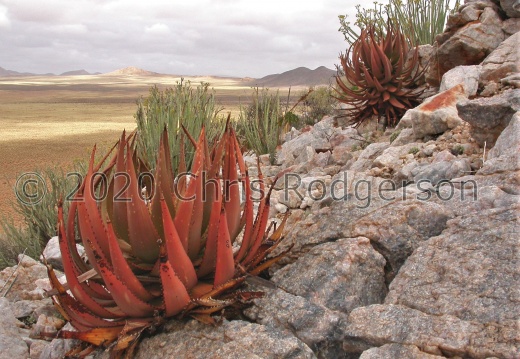 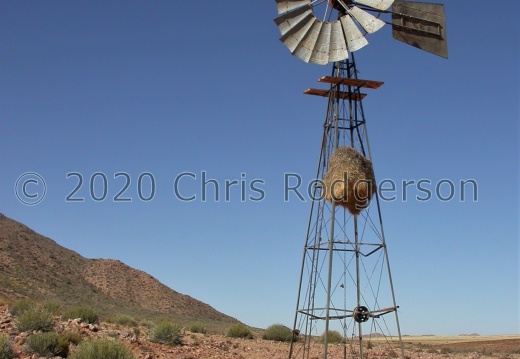 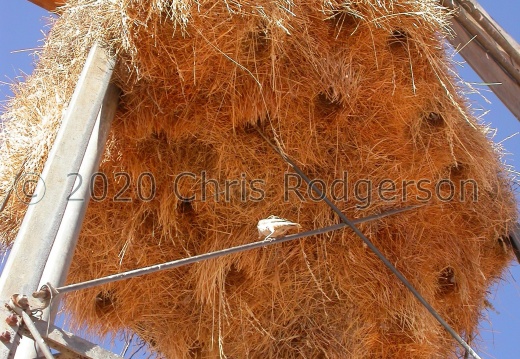 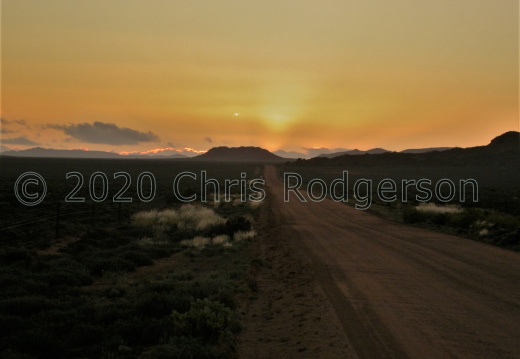